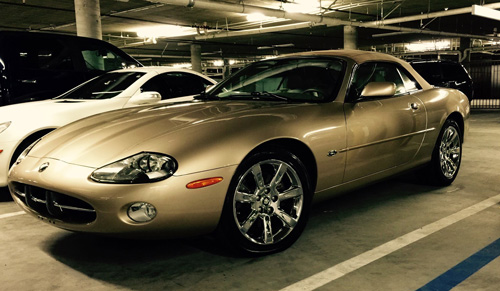 Fantastic looking 2002 XK8 owned by JB in California. The car is a Champion Class Southern California Winner with 99.54 points out of 100.

Apparently, it was deducted 0.46 points for not having a front license plate bracket, but JB made the case that it was delivered to him without one, because front plates were not required in the state where he was living at the time.

JB has owned the car since new. It currently has only 37000 miles on the clock.

Thanks for sharing a picture of your nice XK8 JB.