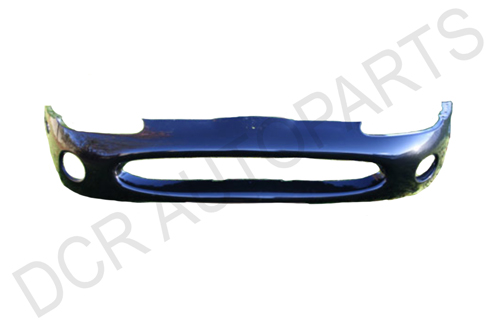 Jaguar made three changes to the front bumper / cover of the X100 XK8 and R’s over their life. The first bumper was used in cars from 1996 to 2000. Then from 2002 to 2003 the bumper was given a slight facelift with larger oval shaped fog lights fitted but essentially the same as the earlier bumper. However from 2004 to 2006 a deeper bumper was fitted to give the cars a more modern look. This has the normal grill aperture but due to the increased depth of the front bumper this allows for a further air vent to be positioned below the main grill.

The Jaguar Parts Number and indicative prices are:

The later / deeper bumper has a horizontal edge that relates to the top of the side sill which then lines up to the corresponding edge in the 04 to 06 rear bumper. So fitting a later bumper to an earlier car will not look right unless the bumper, sills and rear bumper are all changed to the later style.

We have a selection of used and new front bumpers ranging from £195.00 + Shipping and VAT.